Remember that time Saban was screaming at OC Lane Kiffin on the sidelines during a game…… who wants that….
Top

Reporter asks Saban about those heated discussions on the sidelines with his assistants. He replied: “those were not discussions, those were a** chewings”.
#Team Turnipseed
Top

I do not see any teeth to this rumor. Be sides Lebby is not the only good OC out there even if he did go. It would set our plans back
but I must see it happen before I get concerned at this point.

So, has anyone seen Lebby's wife looking at houses in Tuscaloosa?

He has a Dean dechipher codebook

I think this tells us what is going on behind the scenes. Here's Jeff Lebby's response to Dean's tweet yesterday: 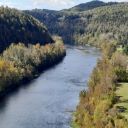 I don't think it gives us much insight. The guy that posted this looks like a guy with the same name but not the coach. Coach Lebby remains quiet on the subject. Doesn't mean this guy is wrong with his statement.
Top

That post pretty much sums up Dean's career. Eighty percent of the time he's 50 percent sure he's right and when he does go with an opinion he still manages to flub it up.
Top

I haven't posted much on this topic of Lebby going to Bama. I'm not all that concerned about this rumor about Lebby. Will he stay or head to Bama? It isn't a killer move for OU, or not? We have seen coaches come and go for as long as we have had college football, and it isn't going to stop, and we will likely see this more as time passes. I don't want Lebby to leave OU, and I don't think he will bolt to Saban, going Venables having to scramble for a new OC. When I heard the noise of Lebby taking the OC job at Bama, I didn't take it seriously. It doesn't make sense for Lebby to take the Bama OC job. I think Lebby would make a huge mistake that would hurt him more than benefit him for a future great head coach. I think his best option is to stay at OU for three or four years and building a great OU offense would help him with a future excellent head coaching job at one of the big times football schools. Think about it this way at OU: his ability to coach and build a significant offense and get the credit for his recruiting at OU. As long as Saban is at Bama, it is Bama, and Saban will get most of the credit for coaching and recruiting.

Of the list of potential college football replacements, my first choice might be Kliff Kingsbury. I say I might, as I don't know what options Brent might be able to find as a replacement for Lebby, assuming he does take the Bama job. It is a shame that Cale Gundy would have made an excellent OC. I don't know many OCs with as much experience working with as many former OU OCs as Cale Gundy. Cale performed with and learned from guys Mike Leach, Mark Mangino, Chuck Long, Kevin Sumlin, and even Riley, who we disliked the guy, but was a good OC, or I think.

I think Lebby will be at OU for at least two more years. I don't think he would leave Venables and OU at this point. I also think that staying at OU is best for him in his desire to get a great Head coach job at one of the top type schools.
"In a world where we are all divided, we can all hate Lincoln Riley."
Top

Totally agree with Walt and others.

Another point if he stays thru 3-4 years. He recruited Jackson Arnold. Who in turn recruited Bowen (who flipped to OU last minute). We will be playing in the SEC and it is the best conference but like all conferences can be top heavy at times. However, its a tough conferwnce to play in and produces the most National Champs. So if Lebby can take us to top of SEC in year 1 or 2 then just imagine what that would do for his resume. JA will be a 3 year player so will have either 1 or 2 years vs SEC depending when we move. If Lebby has us in top 1-3 that would bode well.

He’s still young too. And Walt nailed a key point. Bama is Saban. No matter what you do even winning titles they’ve had several OC’s do it but their fanbase is all about Saban getting the credit. Lebby would not reap as much reward there. But he would at OU. Everyone associates BV as defense so know that Lebby is defacto running the offense. Win here and its a bigger springboard. Win here vs SEC and he can have his choice of HC jobs.

If Saban really wanted to make a move then Cale would be the pick. If anyone can do it, Saban has built enough credibility to weather the storm and rehab Cales image. I think thats the best option for Cale if it were to happen. Saban has rebuilt other cosches broken images as well.
In Brent I Trust

That is just another signal that Lebby will be OU's OC for next year and likely another or more. If OU gets another good recruiting class then OU would be in a much better situation to bring in another great OC. Bottom line is that if Saban has been able to bring Lebby to Bama that would have likely been done already. To much water under the bridge as Lebby isn't going anywhere for this year. I'm hoping that his offense takes off for the 2023 season I might come to believe that he is the real deal

"In a world where we are all divided, we can all hate Lincoln Riley."
Top

Yes, the key for me is keeping Lebby for at least 2 more years. This year would be bad (to lose him) as we’re rebuilding but with the 6-7 year recruits look to coaches to lean on. Lose a key coach and we don’t have a foundation to lean on yet.

In 2 more years if we lose him then we’ll have recovered and be closer to top so you can get a new OC easier plus you keep players and have a great record to lean on. Its just the timing, so I really want Lebby for 2 more years and we’ll be in a much better spot to replace a key coach.
In Brent I Trust

I would feel better if Lebby would come out and publicly state that he isn’t a candidate for the Alabama job.

Not a member? register to join our community
Members can start their own topics & subscribe to topics
It’s free and only takes a minute

Jump to
Stylename: Reds (2020)
Style built on Original Prosilver by: Christian Esch aka Chris1278
inspired and rebuild from reds for phpbb 3.0.8