Sooner Men BB'ers in TCU tonight for a Big 12 contest!

Sooner Men BB'ers in TCU tonight for a Big 12 contest!

Oklahoma has or will travel to Ft. Worth to play TCU tonight at 7 PM. The game will be on ESPN+ and the Sooner Radio Network (KRXO 107.7 FM The Franchise in Oklahoma City; KTBZ 1430 AM in Tulsa; Varsity Radio App) with Toby Rowland and Kevin Henry announcing.

My thoughts about the Sooners playing TCU tonight are not favorable. I think it is very hard for the Sooners to match up with TCU in the man-to-man defensive set. TCU is very quick on the floor. Baugh may be the quickest player in the conference. I think TCU is quicker than Oklahoma State and we saw how the OSU quickness broke down OU in the second half. TCU plays ten players and their depth is very good as the subs mix in with starters to create a consistent offensive team for 40 minutes usually. It seems like every player for TCU can score when asked to help. Miles is a very quick scorer that is very difficult to guard and must be picked up at half court. IF the TCU center, Lampkin, is unable to play tonight due to an ankle injury he played through on Saturday, the Sooners might be a little closer to the Horned Frogs tonight. But the two subs for Lampkin, Cork and Coles are pretty good in their own way. If Lampkin is able to play, he adds size with bulk, offensive rebounding and effort to the TCU's case for a win.

I would like to be more positive, but I think tonight's game is just tough for OU to pull out a win. OU must keep TCU from running off 10-point streaks during the game and the Sooners must someway slow down the pace of the game whenever they can.

TCU actually plays 3 F/C quite a bit. But when Lampkin is not in the game the 3 'bigs' are not that big as the other 2 inside players are 6'7-ish. I wonder if J Groves plays more tonight due to that. He may be effective with his increased quickness and length tonight.

I wish the Sooners good luck tonight, but they better keep it close throughout the game or the game could get away from the Sooners quickly if they have a scoring drought while TCU is shooting well. 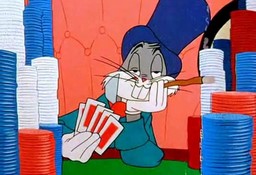 What an absolutely embarrassing performance. Horrendous!
I may not always be right, but I'm never wrong!
Top

Hopefully they haven’t just completely given up??
Top

And we play #2 Bama this Sat. This is ugly basketball. Have the kids laid down? I really liked Moser after the hire, but I wonder if his messaging is falling on deaf ears. We lost too many close games and now the roof is caving in. If Bama throttles us then the rest of season might get very ugly.

Football takes longer to turn around with so many moving parts. But in BB you can flip roster quickly and if not mistaken most of these are Moser players? We’ve regressed from last year. Not sure what the answer is nor how long admin will tolerate it. I figured he gets another year but if this type play keeps up it makes me wonder.
In Brent I Trust Good thing the Sooners have women's sports this time of year.
Top

Sherfield 0 points in 2nd half of last 3 games? Is it scheme? Focus on others? Not good

Worst loss in 4 years. Sat vs Bama will tell us if coach has lost the team or not. Need to play a close game and win it to turn this around. Gut check time

TCU certainly played well last night. They shot well from both areas of the court, they got to the rim with the basketball and they took care of the basketball. The did play without Lampkin, but that did not help the Sooners much.

Oklahoma never really hit any type of consistency on offense and they struggled to slow down the TCU offense effectively at all. TCU is just so quick and jump so well. TCU is also an older team. Everyone they play are older players. Only two are sophomores. They understand what their plan is and they just went out and did it last night.

For Oklahoma, CJ Noland and Godwin played fairly well. I might add Hill into that category also. The Sooners did play 11 players last night as Bamisile and Schroder got minutes.

I did see the Sooners try to run a different wrinkle to the offense last night with different movement patterns in the first half but the quickness on defense by TCU got in the way. It seems that Coach Moser knows something else is needed to help, but the Sooners were without many answers last night. Moser's offense has been seen by the Big 12 now for a season and a half and it seems the other teams are ready to defend them each game. At this point, something that is a wrinkle or something that different could help. On defense, the Sooners can play good defense for about 10 seconds, then after multiple switches there is a mismatch and it is exploited. Or it seems so.

The Sooners job is not any easier on Saturday as they host Alabama at 1 PM. Bama is in the Top 3 of every ranking of the polls. They will likely be the best team that OU has played this season.

It is easy to be negative about the Sooner Men's Basketball team right now. I am not sure what good it does to go out of the way to make that point over and over again. I do think the team and Coach Moser are putting in the work to be better every game. Last night did not work out very well. But the season will continue. Staying behind the team as fans can only help. Concentrating on the bad things does not help at all. Coach Moser has had a tough rebuilding job to do in his first two seasons. Most Sooner fans were happy with the Groves brothers as transfers last season to go with the players Coach Moser inherited. I think all but 5 players left after the season and Coach Moser had to start all over. This year the Sooners have added 4 strong players IMO, with Sherfield and Godwin and two more who are freshman in Uzan and Oweh. It sounds like two more outside forwards are joining the team next season. If Coach Moser can find a couple bigs the Sooners could improve next season. Rome is very seldom built in a day or a week. The same is true for a basketball program in what is likely the best conference in D1 basketball.
Top

Let’s hope for better days ahead.

With them losing all those very close games this year I think their mojo is really starting to sag. Other conference teams have figured out how to improve as the season plugs along, not so sure if we are seeing that with this team.

I believe OU has been playing way above their actual talent level for much of this season, staying competitive with pure grit. The grit bag is starting to look rather empty right now.

I do like the young nucleus we have. Hope the better ones don’t flee.
Top
Post Reply
9 posts • Page 1 of 1

Not a member? register to join our community
Members can start their own topics & subscribe to topics
It’s free and only takes a minute

Jump to
Stylename: Reds (2020)
Style built on Original Prosilver by: Christian Esch aka Chris1278
inspired and rebuild from reds for phpbb 3.0.8